… and then we decided to PARTITION THE UNIVERSE

… and then we decided to PARTITION THE UNIVERSE
digital graphics by brut carniollus
Galerija SIVA, Pierottijeva 11, Zagreb, CRO
July 1st at 20:00
Welcome! 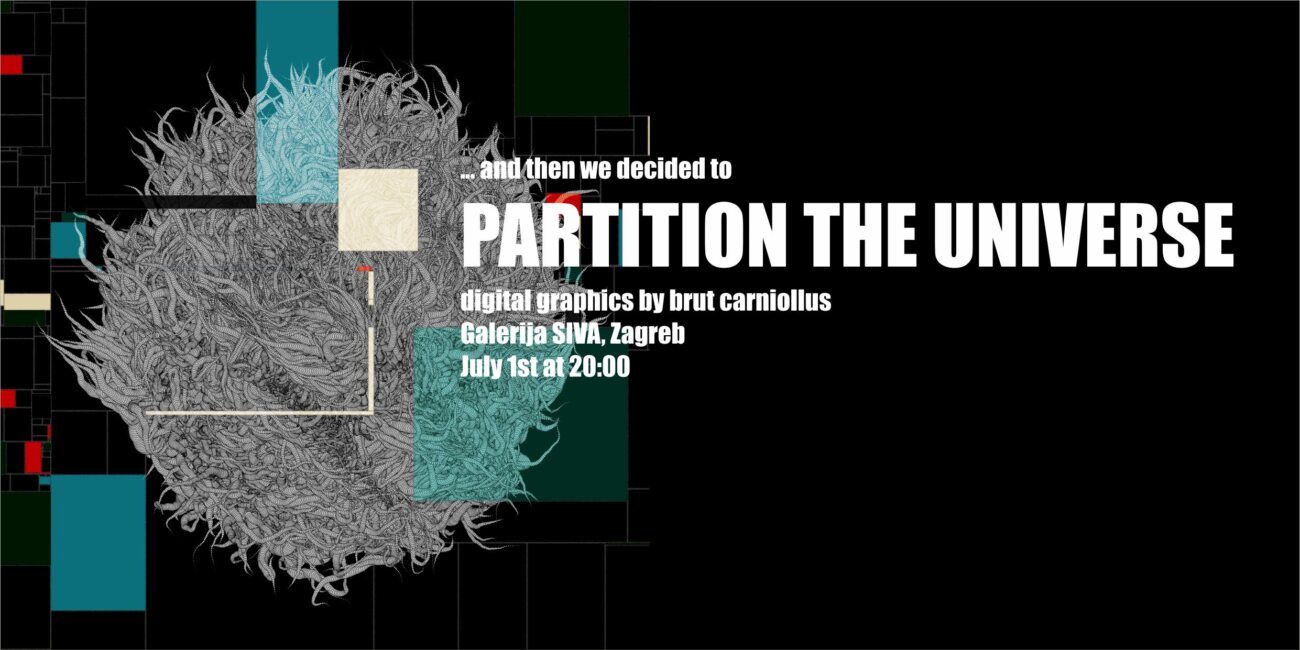 Ongoing series of semi-generative digital graphic works based on exploration of a tessellation diagram (aka greed grid), a computer generated partitioning grid created by recursively executing a random split on parent rectangle area with a thingie called a dust-line (random directional dot cluster progression) along a randomly selected split course. Portions of a grid are then hand painted to produce the final image or a starting point of yet another mixed media intervention and/or digital collage resulting in final digital image. This series explores and reflects on the endless greed of human species resulting in perpetual expansion generating virtually infinite fragmentation within a closed system confronted by an opposing force of organic growth. Works are executed as large format digital UV prints on stretched canvas or any other suitable media.